Well, I would love to be able to tell you all that I went home from that last show, regrouped, carried on doing exactly what I had been doing, and made a dazzling jump to second level in 2007, wowing all 3 spectators in attendance at our first show.

Alas, dressage just isn't like that, is it people.

Oh, some parts of the statement are true. The part about regrouping and carrying on doing exactly what I was doing - yah, that is pretty much accurate.

But how does the saying go - insanity is expecting new results from the old inputs?  I am generally in agreement with this, but in fact with horses - old inputs do actually bring new results. That is, if your old inputs are so incredibly irritating to your horse that she gets a little more frustrated with each ride. Soon, lucky girl, those old inputs produce a new, tenser, tighter more pissy horse than ever before. Because of this, it is not actually accurate to say you are stuck at first level. You really only appear to be stuck on the macro level. Like a glacier. On the micro level, you are actually digging your trench a bit deeper every day / week / month you continue on doing things poorly.

I thought a bit about how much depth to go into regarding this wasted year - and decided the least painful route to take for all of us is to essentially skip right over it. Sure, there were the crazy co-boarders who got kicked out, and the teenage daughters did irritating things. There were other adult amateur women, struggling with their horses as well, and in fact thinking back - one who was having very similar issues but at a lower level - which should have been a flashing neon sign that perhaps Coach Ritenau was not the person to be working with hotter horses.

And there was another disastrous show season at First level.

One bad season - ok, I was able to chalk it up to being green, and needing more experience. But when Ms. V started to melt down at every show - no, not because of flags, or port-o-lets, or mud, or that water tanker truck thing spewing water out of its face in the ring next door - but just because everything I did seemed to annoy the hell out of her - well, that is pretty hard to rationalize. I felt like Bugs Bunny in that cartoon episode where he undertakes the challenge of returning the little ice skating penguin to the South Pole, only to find he is from Hoboken. I was on some harrowing journey and when I got to First level, it was pretty obvious I had reached the wrong destination. 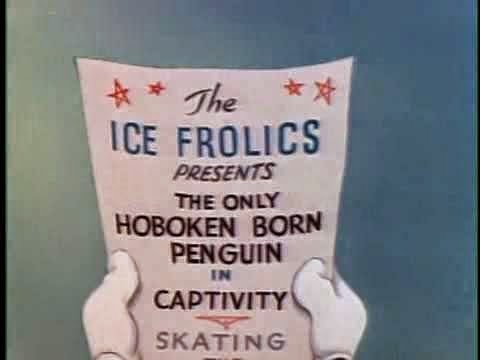 When I had one of my post-show discussions with Coach Ritenau, in tears and utterly frustrated, she shared with me her thoughts on the way to solve the problem.

Did she say "Wow. This isn't working. You seem to be a relatively competent rider, and you have a sound, sometimes sane horse. So, the problem could be that I am just not the right coach for you. Why don't you try going to a new trainer. Based on the problems you are having that I don't seem to be able to solve, I think Coach Jones might be a good fit. Let me give him a call and discuss your challenges with him and see if he agrees, and can fit you into his program."

Instead, she suggested that I might find riding less frustrating and more rewarding with a different horse. Sure, she knew of instances where people had worked through these challenges and wound up with a nice horse in the end, but really, it didn't seem likely in my case.

Now, don't get me wrong.  I see where she was coming from. And I do agree. I do think, to this day, that life at that very moment in time would have been much less hair-pullingly, screamingly, awful if I had sent Ms. V packing and spent my time with a calm, cool, "what-evah" type horse.

But I knew this wasn't the right answer.

At this point - I am going to do something entirely uncharacteristic. I am going to thank you, bulletin boards. Yes, UDBB and COTH with all of your crazy posters - you helped me to make the right decision here.

Because of you, I may have wasted money on shitty classical clinics and schoolmaster lessons and other assorted stupid activities and items, but I did learn one thing as I read the same story posted by different people, again, and again, and again.

Sure, my journey might be easier with a different horse. Or, alternatively, and much more likely - it might be non-existent. Or perhaps history will just repeat itself. Because as we board stalkers all know - although the story of people ditching their horse and getting a new one is extremely common - the story of people ditching their horse, getting a new one, then having everything work out perfectly is very rare. And the tale about someone selling a disgruntled first level horse with many scores in the 50's for any amount of money that allows you to buy a better version sometime within the lifespan of said horse, and before any profits are eaten up by board and training - also not a story you read about often on any bulletin board not dominated by pathological liars. This whole scenario sounds good on paper as the saying goes, but something seems to be a little tricky in the execution.

As proven by the prevalence of the other story...the one about about getting a new horse, and discovering an exciting new roster of issues or lamenesses.  Or getting a wonderful horse with no issues at all.. but quickly recreating the same issues as you had with the first horse. This version of the story is really not so hard to find.  Sure, sometimes you have to look past the flowers and rainbows but it is there...(I knew Sofakissen's calling was to top out at first and be a broodmare, from the moment I paid $$$ to fly her over from Germany! Things are working out perfectly...la, la, laa)

And so, I found myself sitting at my desk at work... planning my exit strategy. No, not from my horse, as per Coach Ritenau's recommendation. Coach Ritenau was no longer right...now. Time to move on.

Now the good news is...fate did throw me a bone.  I was spared the awkward moments of "its not me, it's you" or whatever conversation I would have had to cook up to get the hell out of my current situation. In fact breaking the news that I was going somewhere ended up being much less painful than I had anticipated.

As I had been engrossed in my own problems, I failed to notice that the Coach had problems of her own. Whereas I was only subjected to the "my way or the highway" management style of Dr. Lana for an hour or two per day, Coach Ritenau had to live it on an eight hour per day basis, which I can't imagine having done for a week let alone two years. But even a saintly polite and quiet person like Ritenau can only take so much. The dream team was folding, and the Coach was packing her bags and moving out.

Ahhh...HA! So the escape hatch was open - I could painlessly slip away as well.

(P.S... yes of course the chestnut cutie is the Platypus!)