For the record, neither of us spat-up on the judge (despite what the remarks section says)

I went to another Bronze show and again entered the W/T classes, with very similar results - scores hovering around 60%, no ribbons, and lots of comments relating to steadiness in contact.

And there you have it.  Dressage in a nutshell.  Thanks judge.  I will get on that. 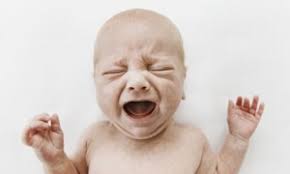 Reading this years later, the "fussy" part still bugs me, partly because I can envision from my days of scribing the sighs and bored annoyance on the part of the judge that probably accompanied the comment.  Oh, for the love of god.  Another chompy-chomps-a-lot horse poking around the dressage court.  Kill me now.

I know, dear judge, I know. Watching 10 walk trot classes really is dull.  But I said it before, I will say it again - Curmudgeon family credo.."if it was fun, they wouldn't call it work", and last I checked, judges get paid. A young horse that is imperfect in the contact is not "fussy".  It is learning.  It is your job to be able to identify this, and put some sort of non-negative, yet not entirely positive spin on the deal.

Fussy implies having some sort of a meltdown, maybe spewing foamy cream coloured milk vomit on the shoulder of a well-meaning aunt, or parents leaving a party early because all of the other guests want to kill them and their wailing baby and are secretly wondering why they didn't spring for a sitter like the rest of them.

Forcing a judge to watch a bit-chomping 3 year old is more on par with suffering through a niece's really bad piano or dance recital (this coming from a woman who once forced her relatives to watch  a chunky young Curmudgeon perform the"Parade of the Pink Elephants" tap dancing recital, while wearing a hood with big ears and a Hannibal Lecter type mask thing with a trunk crafted out of the hose from a 1950's hair dryer, and a pink leotard).  They will either get better at the whole affair and progress, eventually getting lucrative jobs as uhh..."dancers"...or they won't, and will be stuck doing boring office jobs with the rest of us.  Just like horses.

I do totally agree with the comment regarding "riding more forward", however.

The problem is, "riding more forward" on a young horse, "energizing" their gaits, keeping them "swinging", while at the same time "up and open", "slightly in front of the vertical", and "supple over the back" (all comments to come on later tests at training level) is a horrifically difficult feat.

One easy solution is - draw reins.  Voila.  Head is steady.  And you can put your leg on and drive the horse as forward as you would like, because with all of the extra control the draw reins offer, you can stop even the most freight train inspired horses you might encounter.

The other is - put them really deep, really round, and then put your leg on.  Forward, swinging, supple, overtempo.  Voila, once again.

Another would be - outfuss them.  Start sawing on their face and really jerking your hands around.  "Set her back", "Release" in the words of the time machine schoolmaster coach.  I have witnessed her in the show ring several times now, yanking and flapping during her warm-up tour, and I must say, when she does eventually enter the ring and stop, her horses seem to be just so relieved that the party is over in their mouth they do keep their heads fairly still.

Or, lastly, as hinted at by Lauren - you could just ignore it and keep on riding well and learning and improving, until one day with enough good time under saddle, it goes away.

Don't expect the judges to go for this one though.  I can hear the tongue clicks and deep inhales already.