Kindergarten begins now. Be all you can be. Do not pick your nose, try not to pee your pants

And so, we settled in to life at Liliput and began to put together a training program with Coach Ritenau.

Since Ms. V was only just turning three, and I had that mortal fear of RUSHING MY HORSE firmly instilled by bulletin board nutjobs (see earlier post), based on their guidance I decided that my goal would be to work with her for about 30 minutes, 3 times per week. Apparently any more than this, and her brain would turn to soft scrambled eggs and plop out her ears in chunks.  (Or something. I forget what exactly the problem was. Something frightening).

These three rides would include one lesson session with Ritenau.  And - in addition to all of this - I would also continue taking a lesson per week on Swiffer, the pony I had already been riding now for the last month or so.

Why so many lessons, Curmudgeon?  I understand the "hunter rider deprogramming" sessions on the dressage pony, but surely you could have taught Ms. V basic walk, trot, canter yourself.

I don't think there is a single rider out there in the world who takes lessons, who has not had at least one person say to them "Hey - I thought you knew how to ride - why are you still taking lessons".  (Usually said by someone who looks like they need to take some lessons).

I do think there is more than one answer to this entirely obnoxious question. I can think of at least three.  Number one would of course be... why is it any of your fucking business.  Second answer to obnoxious question would be that you are striving to learn and improve your riding.  (But really, anyone who is enough of a dork to ask you this in the first place really deserves answer number one).

The third, and less obvious reason to take lessons with someone - even if you pretty much know what it is that you are doing and how to accomplish it - is that it officially puts you in a relationship where you are giving another person permission to tell you that what you are doing... is weird.  Ineffective, Just not all that hot.  Or downright sucks. Without there being any hard feelings attached. If you only ever ride by yourself and never take lessons - well, that would be kind of like never having sex with another person, yet thinking you are quite the dynamo in bed.  If that makes you happy - well, who am I to judge. But sometimes it is nice to get a second opinion.

I have often wished I had one of these people just in my general everyday life as well.  To help me to be all I can be. Someone who would take an hour of their time to study me intently, then announce "you have a hair growing out of your ear" or "there is a big blackhead on your cheek" or "you absolutely cannot wear those underwear with that dress".  This becomes increasingly important as I get older and my vision gets worse, and my attention to detail with respect to personal grooming is admittedly not all it used to be.  Luckily  Mr. Motard is pretty forthcoming with his critiques of just about everything, but I am so used to tuning him out most of the time, that sometimes I miss the important messages.  (Which might explain why I left the house one morning with an unnoticed lump in the leg of my pants, only to have a pair of panties from the last wearing drop out onto my foot and into the hallway halfway through the day).

It is hard to be all you can be. 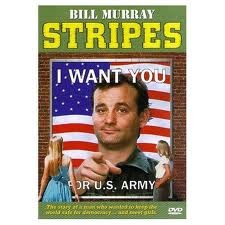 The easiest way is apparently to join the army, (and I saw how much that girl in Officer and a Gentleman sucked at that and she is younger and fitter than I ever have been. This is my second reference to a Richard Gere movie, isn't it.  Mr. Curmudgeon is going to be so disappointed in me).  A distant second in the race to excellence is to pay someone to gently put their foot to your ass and keep on pushing you, a bit more, each day.  ﻿﻿

This was essentially Coach Ritenau's role when it came to helping me with Ms. V.  Most of the time she watched quietly, gave a few pointers now and then, but her keen eye was trained more on pushing me out of the comfort zone and into the realm of someday accomplishing something.

Like - riding down the longside now and then, instead of staying on my safe little circle.  Or - cantering.  Or - getting on Ms. V without longeing her first.

Professionals who put sixty days or "w/t/c" on a horses are forced to accomplish clearly defined and time driven goals, even if they feel that they may die doing so. Owners starting their own horses are more likely to go entirely the other way, and slowly and surely accomplish absolutely nothing.  We fall into the trap of "oh, she is only a baby.  It is ok if we don't canter for the next year" or other coddling modes.  A popular version of this story is, of course "it is important that my horse is exposed to all environments, so I will just trail ride for the first year to be sure we are very solid in our "walk around aimlessly" skills before we start any real work".

And so, to be sure this did not happen to us, Coach Ritenau gently pushed us to try new things, and would also climb aboard and do these things herself, just in case I thought she was just a sadist with some sort of secret death wish for me.  Voila.  They can be done.

We also set a goal to attend a walt-trot class at a local show by the end of the summer, to up the ante just a bit.   Which of course, made me quite happy since this would not likely have been a goal if Coach Ritenau thought we were lucky to both emerge from six months under saddle alive.