You probably think I gave up on schoolmasters after the circus trained Lusitanos and Mr. Limpy.  Nope, not me.  I kept on keepin' on.  Let's see, what else does EMG have to offer...

Hmm, this sounds promising.... advanced level schoolmasters, FEI level instructor, only 2 hours away... I am IN!

I arrive at a gorgeous stable - I would imagine that it was built by a Master, from some European country.  Possibly Holland.  Is there someplace to change?  Damn straight, a bathroom more beautiful than my own at home.  Looking good, high hopes....

La Girafon is a lovely bay, well groomed, sleek, with a gorgeous head.  Instructor explains that she is a Selle Francais, with many Olympic calibre juicy fruity siblings, which meant absolutely nothing to me at the time but seemed impressive since I was used to round after round of generic "warmbloods" in my world, which basically meant anything fat and chunky crossed with an OTTB.

The good news just kept on coming - La Girafon stayed entirely sound even after I walked around on her for a while.  I must have learned something on Mr. Limpy after all, seeing as she was not instantly "rein lame" like him.  I guess I am just naturally gifted.

But then... the trouble began.  I picked up the reins - and she instantly transformed into La Girafon, the yanking chomping schoolmaster.  There was no soften, no yield, just lots of ...yanking and chomping.   On the horse's part.  Oh, but Dressage Curmudgeon, we all know it takes two to pull!  Screw right off.  Properly schooled horses don't pull or yank, they yield nicely when you ask, then wait to see what's next.  When I put my leg on - horse plowed forward, straight through my hands, and took off.  Yanking.

And thus began 45 minutes of having my arms ripped out, while tearing around the arena at mach speeds.  During this escapade, I recieved nuggets of wisdom from the instructor, such as:

I tried a variety of things involving pulling reins here/there but really had no fucking clue what this woman expected me to do.  Not once during the entire ride did I get the horse to do anything vaguely resembling being "in a frame".  Or "on the bit"  or connected, or through, or anything other than - racing around like a crazed piece of shit.  Somewhere around 15 minutes in, I stopped and said  "Wow.  This seems way too hard.  I am not getting it at all"  earning myself a "this isn't the hunter ring any more, my friend, you need to learn how to really RIDE"  followed by another round of:

After 45 minutes, I was done.  Sweating, defeated, and pretty close to tears.  I really sucked.  To put the icing on the cake, the instructor said "well, I can't let her finish off the ride without ever having come "through".  I have to get on her for a while".  Her disgust in my pathetic riding was evident, I was so bad horse could not even go back to her stall after I rode without some re-tuning.  Nice.

And so, off she rode... and finally, I got it. I really GOT IT.  It clicked.  BEND = WIG.  COUNTER BEND = WAG.  Now continue on in rhythm.  Wig-Wag-Wig-Wag.  Horse curled up like a snail and "no-no-no'ed" its way around the arena.  A little more dramatic than your typical hunter, but the concept was the same.  Had she just said "ride like a really bad hunter rider in the Trillium Hack division", we would have reached an understanding immediately.

Soooo, back to the crossties we went.  I was gobsmacked.  I couldn't believe that is how I was supposed to be riding, and yet... this was an "advanced level schoolmaster".  Right?

Welllll, not quite.  She is a very talented mare, and will undoubtedly reach FEI levels with the right rider.  She WILL be a schoolmaster in the future.  But what level is she schooled to NOW?  Well, she is in full training now.  Full training..at what level?  Well, she IS only four.  So Training level.

I paused.  Four.  Training level.  I am new to dressage, perhaps I am missing something  "Hey so when you say she is FOUR, and is schooling TRAINING LEVEL... in the absence of a time machine to tap into her "future potential"... that makes her an "advanced level schoolmaster"... how?" 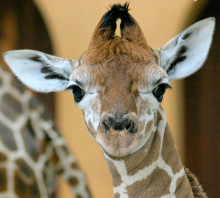 Well, in fact, not in any way, shape or form.  The instructor heard that I was taking up dressage, had this beautiful four year old for sale (for much more money than I would have to spend, even when I did start shopping) so she thought it would be great to have me ride HER instead of the schoolmaster!  Makes sense, doesn't it!  So we could fall in love, I could hand over $35,000 and off we could go, wig-wagging into the sunset.

Yep, that's right.  I drove 2 hours, paid $75, had my arms ripped out for 45 minutes... all to try out a sale horse, something that you typically get to do entirely for free.  And you get to stop after 10 minutes and leave if you hate it, while making up some polite excuse about how lovely she is, but you really have to talk to your coach first.

I was pissed.  I chose speechless over "in your face screaming banshee", which was another option I could have easily pulled off too that day, and have used on other occasions.  (deep breath)  Good...Bye...I...must...leave...now.... Instructor could see I was on the edge and wisely gave me back my money.  Off I went.

By the time I got home, there was already an email waiting, saying that she thought I *really* wanted to learn to ride.  Not just to do *tricks*, but if all I wanted was quick fixes, sure, I could come back and ride the "advanced level schoolmaster".  So, even after all that, it was still MY fault.  Gotta love being a customer in the horse world!

Well, many years have passed since then, and I have seen that instructor wig-wagging around the warm up ring many times here and there, and thought to myself  "what on earth possessed you to take a lesson with her?"  Answer - I was a naive idiot.   I would say that this experience really taught me the importance of going to shows, watching, and getting to know the players before choosing a coach.  Scribing can be very educational too, if you like sweating your ass off wearing long pants in July.  But that is a story for another day...